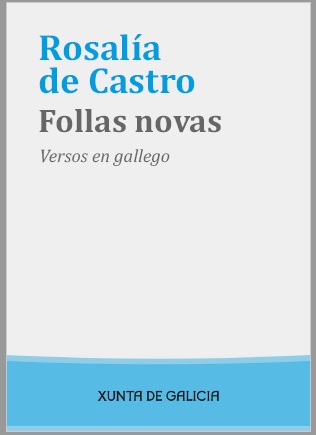 Currently the section of monographs of Galiciana-Galicia Digital Library gives access to 5,053 titles. The format of these images is JPEG, the most widely used in digital libraries around the world, although it also has some works in PDF format. In 2018 the Library of Galicia considered that it would be enriching for Galiciana-BDG to include new formats, such as the ePub, with the intention of promoting the dissemination of Galician heritage works and facilitating access to user information from different devices. This project was launched on a selection of 16 classic works of Galician literature.

During 2019, the Library of Galicia continued with the incorporation of new titles in ePub format. This time there were 14 works converted to the ePub format, allowing them to be read on the multiple devices with which this format is compatible (tablets, e-readers, mobiles, ...) and their free download.

Currently this collection forms 30 titles of classic works of literature made in Galicia, in Galician and Spanish: Rosalía de Castro, Curros Enríquez, Eduardo Pondal, Marcial Valladares, Lamas Carvajal, Sofía Casanova, Antón Villar Ponte or Alejandro Pérez Lugín, among others. Of the great authors of the Rexurdimento, Rosalía, Pondal and Curros, their most significant titles were transformed into the ePub format and an attempt was made to take the first editions of these works as a reference.

Regarding the chosen genres, poetry and the novel are the majority, although we also have an essay, "Nuestra afirmación regional" and a biography of Manuel Curros Enríquez written by Augusto González-Besada and Félix Melendo.

With the aim of giving a better diffusion to this collection, this microsite is created in Galiciana-BDG. Under the title of "Great classics of Galician literature", it gives individualized access to the bibliographic records of these works in the public domain, which can be downloaded free of charge in three formats, JPEG, PDF and ePub. In addition, for the generation of PDF and ePub files, a previous process of optical character recognition (OCR) was carried out, which led to the correction of the texts obtained, which improves the results of full-text searches on these works.